Learned this from a question in yesterday's edition of QRANK (an iPhone/Facebook trivia game BoRyan and I have been playing), and it totally blew me away. I can't believe I've never heard of this before!

The Doomsday Rule is a formula that let's you calculate the day of the week of any date in past or future history based on a (relatively) easy math formula plus some simple memorization.

We already know from experience that St. Patrick's Day and Cinco de Mayo always fall on the same weekday. This uses the same general concept.

2. Anchor Days
Every century has an "anchor day" to use as a starting point. The anchor for the 1900s is Wednesday and for the 2000s is Tuesday. For all practical uses that's all you have to memorize, though history buffs and time travelers may want to learn a few more.

Once you know the anchor, this formula will give you doomsday for a given year:

Last 2 digits of year + last 2 digits divided by 4 (you can discard the remainder) = # of days to add to the anchor.

Anchor for the 1900s is Wednesday

So Doomsday is 5 days after Wednesday, aka Monday.

Even better: The inventor is guy named John Conway.

Wikipedia - Doomsday Rule
Posted by Jake of All Trades at 9:53 PM 1 comment:

A little belated, but... 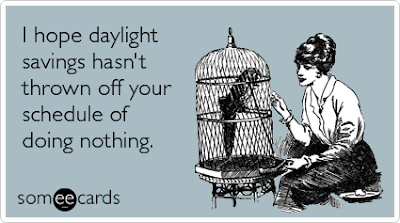 Posted by Jake of All Trades at 5:06 PM No comments: